I was impressed, dumbfounded and inspired, all at once, when by chance, I happened to run into the pieces produced by Phillipe ‘Shock’ Matthews. His is probably the most even-handed and well-informed material, I’ve ever seen on any Youtube channel. The subject of the above interview is Tommy J. Curry. He’s got brains and balls; a rare combination in this world. He speaks on critical race theory from the perspective of a black man. This takes courage. His understanding of American social problems stems from a place of true scholarship. He articulates his position better than anyone I’ve ever heard.

Do you have Indian in your family? The answer to this question has historically been yes and this was always a widely accepted fact among most African-Americans. The information presented and taught by most main stream historians about our group is vastly different from what we say to each other and the oral histories that we learn in our families.

For most Black American families, what we learn in our families is that we are black, white and Indian. Africans came to the new world on slavers through the horrific middle passage. In the beginning-most of the 17th century- most of these people were indentured servants. They worked for 7-10 years. After which, they settled on the land. Most of these young men were actually university graduates in West Africa and had various skills that they could use to barter for their freedom. Other times they just escaped, especially if they had been military personnel in their own countries. In all these cases, these new comers married into the local Native American tribes. In other cases, American Indians who were losers of tribal wars or skirmishes with white settlers found themselves sold to plantations where they came into close contact with Africans and thereby, inter-mixed. On these plantations, these Africans and Indians mixed with white/European people who were less than scrupulous.

This is our history, as told to us by our own people. Most African-Americans can tell you which Native American tribes they are from. They are the tribes native to the regions where our ancestors were enslaved. My father’s family is a mix of Arapaho and Black Feet bloodlines. It is also peculiar that he was also born in the very city where the Tuscarora nation had a civil war in 1711. My mother doesn’t know her exact tribe but knows she has this lineage as well. She also knows that she has roots in the Congo region of central Africa.

DNA has been of great importance over the past decade or so. DNA evidence has been used to reject claims made my most African-American families that they have any Native ancestry at all. It occurred to me that someone’s personal family history shouldn’t be as important as it is. Strangely enough, when you look at recognized Native Americans today, most of them don’t have any Native American DNA either and nearly all of them have African DNA. These are all the same people. It is my contention that the socio-economic class that most African-Americans occupy greatly benefits the United States but hurts most of us. Were we to withdraw, the results would be disastrous for America. The scholar, whose research is posted above, has shed some very helpful and necessary light on the subject.

This man is one of the few people who have the right kind of spiritual understanding. I have found his work immensely helpful.

Here lies a brief of my thoughts and experiences since my most recent trip to Hong Kong. Reflecting on such provocative and eye-opening altercations, I thought they were worth sharing. What do you have to say about Hong Kong’s culture? Let us know. Peace.

This woman is the founder of Nomadness Travel tribe. This is an organization I would recommend anyone become a part of. What she expresses in her Ted Talk is a sentiment that has traveled with African-Americans for nearly 2 centuries. She talks about the natural inclination to explore, which all people have. In our world, that inclination had to be coupled with a search for security as well as caution.

I took some footage inside of a Bangkok shopping mall. I am trying to make a statement about imagery and how images shape the way we think-for the better or for the worse. In this case, as is the case with many developing countries, they haven’t even begun to diagnose a simple problem that they have. The imagery they exhibit tells me that these people do not really value themselves.

These are my final thoughts after having traveled around in Bangkok for 3 days.

My interview with Norm Bond should have been posted under a new page called Bangkok stories. As I was going over our discussion in my head, I decided that his interview makes a lot more sense as a post in Black Thought. I reached this conclusion because we covered such a wide range of topics in such a brief span of time. Not only that but what we talked about are ideas central to the thinking of Black people in America.

Norm Bond is a native of North Philadelphia. Although he is several years older than me but there isn’t a significant generation gap between he and I. The era that I was born into and the era during which Norm was a child, was a very chaotic time for Black people in America, especially for those of us in urban centers like Philadelphia or New York. We experienced a drug epidemic and a tremendous swell in the prison population for our young men. We are still living in the era of gentrification. Now, due to economic and social conditions, residents of Black areas in the United States are leaving in droves from areas that they have lived in for decades. We tried to put these issues in the proper perspective and talk about causes and possible solutions for what many of our people are now going through.

When Norm talks, it’s a little hard to keep up. He has a very deep, broad knowledge regarding a wide array of different topics. Another thing I could tell is that coming from a big, fairly close-knit family, is what shaped his personality and put Norm on the path to success. He has an extensive background in digital marketing, the shipping industry as well as coaching and consulting. He has worked with some of the most famous people in the world. What pleasantly shocked me about Norm is that on his Facebook page thee is a picture of him, with probably my number one hero in the world, the late, great Dick Gregory. Ultimately we discussed what our future should be as African people in Asia, in the US and as a global diaspora. Give us a listen!

The following article was written by Dr. Roland Amoussou. It is an amazing piece on the Salsa dance as a concept. It also speaks, in depth on the African roots of this dance in the Dahomey kingdom. 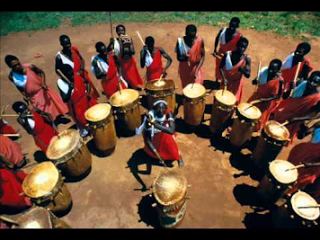