On November 5, 2017, I interview a man from Nigeria who has lived in Vietnam for the past several years. Michael Omar came to Hanoi as a student in 2010. He was a part of a program that has since placed hundreds of Nigerian students in Vietnam. Many of them have gotten into comfortable positions since they left school. Some students are not so lucky. What Michael expressed to me is that it is beneficial for students coming directly from Nigeria to sign up for a longer program. The reason for this is so that students can take the entire course of study in Vietnam. They can get their technical training in Vietnam and then undergo whatever other training is required for them to land a position in their field. Students do not fair nearly as well in the job market when they arrive in Vietnam with a technical certification from their own country.

We started out by talking about where and how he grew up. Of course he spent his formative years in Nigeria but he bounced around and lived in several different states. Talking about his early life reminded me of the life that an army brat would have in the States.  Michael’s poise and his maturity are the first things that are apparent about him. He has a very calm and very steady way of expressing himself. He’s not in any hurry. I got the impression that most of his experiences living as an expat have been positive. With that said, there were aspects of our conversation that brought disgust and anger out of me. He told me about the discrimination he has had to face, particularly because he is from Nigeria. In some countries he would be subject to regular harassment from police and there are even some hotels where he can’t stay. The things he said reminded me of the Jim Crow era in the United States. The main reason why this is happening, in particular to Nigerians, is because the Nigerian government affords their people no help and no protection when they go abroad.

In talking with this man, it only reinforced a certain idea in me.  The idea that it is incumbent on us as Black people from other parts of the world (especially the US or the UK or even SA), to get behind these brothers and support them any way we are able. This rings all the more true when they are positive people who are doing something productive.

On October 10, 2017 I interviewed Stanley Eruese.  I made friends with Stan when I lived in Vietnam in 2014. Although this post is under Saigon stories, I actually met Stan while both of us were living in Hanoi in the north of Vietnam.  Hanoi is actually the political capital of Vietnam and has an entirely different character from Saigon. Saigon is more of a party city where as Hanoi is a sober, administrative capital-outside of the back packers’ quarter that is. Hanoi actually has a winter where it gets cold between November and February. Saigon is warm year round.  Hanoi is more Communist where as Saigon is distinctly Capitalist. The south has a much stronger American influence. The north and the south are also ethnically different to speak of their people and their dialects are noticeably different.

Stan grew up in Nigeria and lived for several years in the North part of Vietnam as a student and a teacher. At that time, it surprised me to know that Stan was 35 years old. When you live in Hanoi as a foreign person, you will notice that there are several different expat cliques. There are quite a few students from different places in Africa. There are Americans, Canadians and Britons. There are small pockets of people from other countries too. Most of the foreign people there teach English. There were literally only a handful of Black people there who were not students and we all knew each other. Stan had a place among them all these different groups. He fit in on all sides as someone who was respected because of how long he had lived in Hanoi and how well he knew the Vietnamese people and culture. It was easy to see that seniority counted for a lot with the people in Vietnam and played a huge role in how the people of Vietnam interact with just about everyone. Stan also functioned as something of an older brother for the various expat communities that take up residence in Hanoi.

Stan expressed to me a deep love for the Vietnamese people that he has carried out of Vietnam and holds with him until this day. From him, the Vietnamese are a very warm and a very family-oriented culture. The two drawbacks that we discussed were the job discrimination that all Black people face there but is mitigated quite a bit when it comes to Black Americans or Black Britons but which intensifies a lot when it comes to brothers and sisters from Africa. Second to that, although I met some amazing women in Vietnam, most women in Vietnam prefer not to date someone with dark skin. Other than that, Vietnam is a cool, developing country with wonderful potential.

On April 19th 2017, I interviewed a young man from Nigeria named Ola. Ola lives in Ho Chi Minh City in the south of Vietnam. He has been there for a little over a year as a football player ( called soccer by Americans :). This city is called Ho Chi for short and has carried this name since the end of the war with the United States. The former name for this city was Saigon. It was and still is the vibrant, economic capital of this country. The city itself seems like pure chaos. There are more motor bikes than people and everything is for sale. It has the atmosphere of a carnival, bizarre on some streets and especially in the back packers’ section of the city. The party scene is amazing and really has to be experienced to be believed. I think the biggest draw to this city the cheap prices for everything and the readily available nature for all its goods.

Ola is 24 years old and came to Saigon to play football. He hopes to use Saigon as a stepping stone to a professional football career in the near future. Because of the content of our interview, Ola was hesitant to give a lot of details about his identity. We talked about drugs. He told me that he is actually at a disadvantage, partly being a Black man in Saigon but mainly because he has a Nigerian passport. I thought it was important to touch on this topic as it relates to many of the young Black men living here in Asia. This is more of a problem in South east Asia than in east Asia and I believe that is because the economies of the south are far less developed and have much less regulation. With that said, many of the young brothers who come out here use drugs as their only avenue to having money or any kind of economic stability. Drugs/crime are becoming the distinguishing characteristic of these communities in the south. Aside from that, I could tell that Ola has made Saigon his home and I really appreciated the affectionate way in which he spoke of the Vietnamese women. He came across to me as a young man with a good heart, ambition and a good head on his shoulders. Let’s all wish Ola luck in having a successful football career. 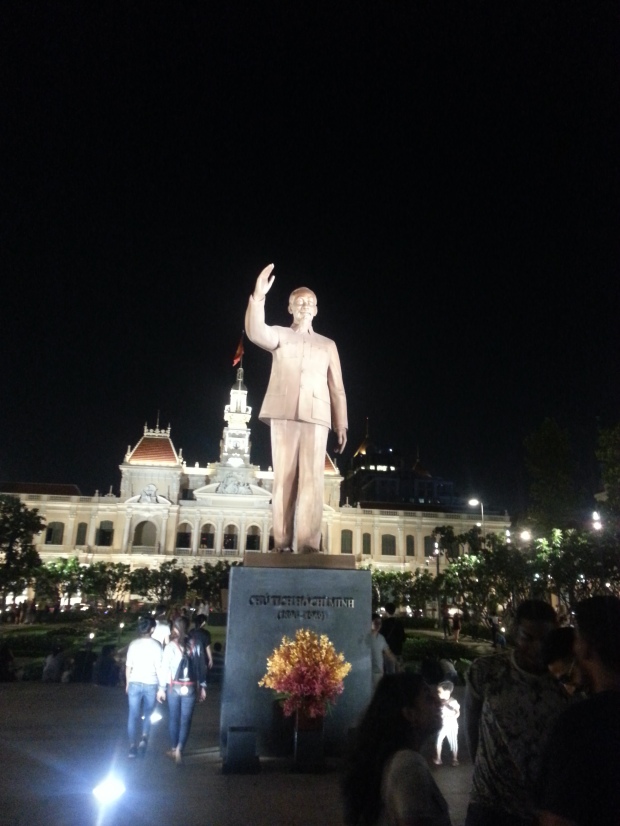 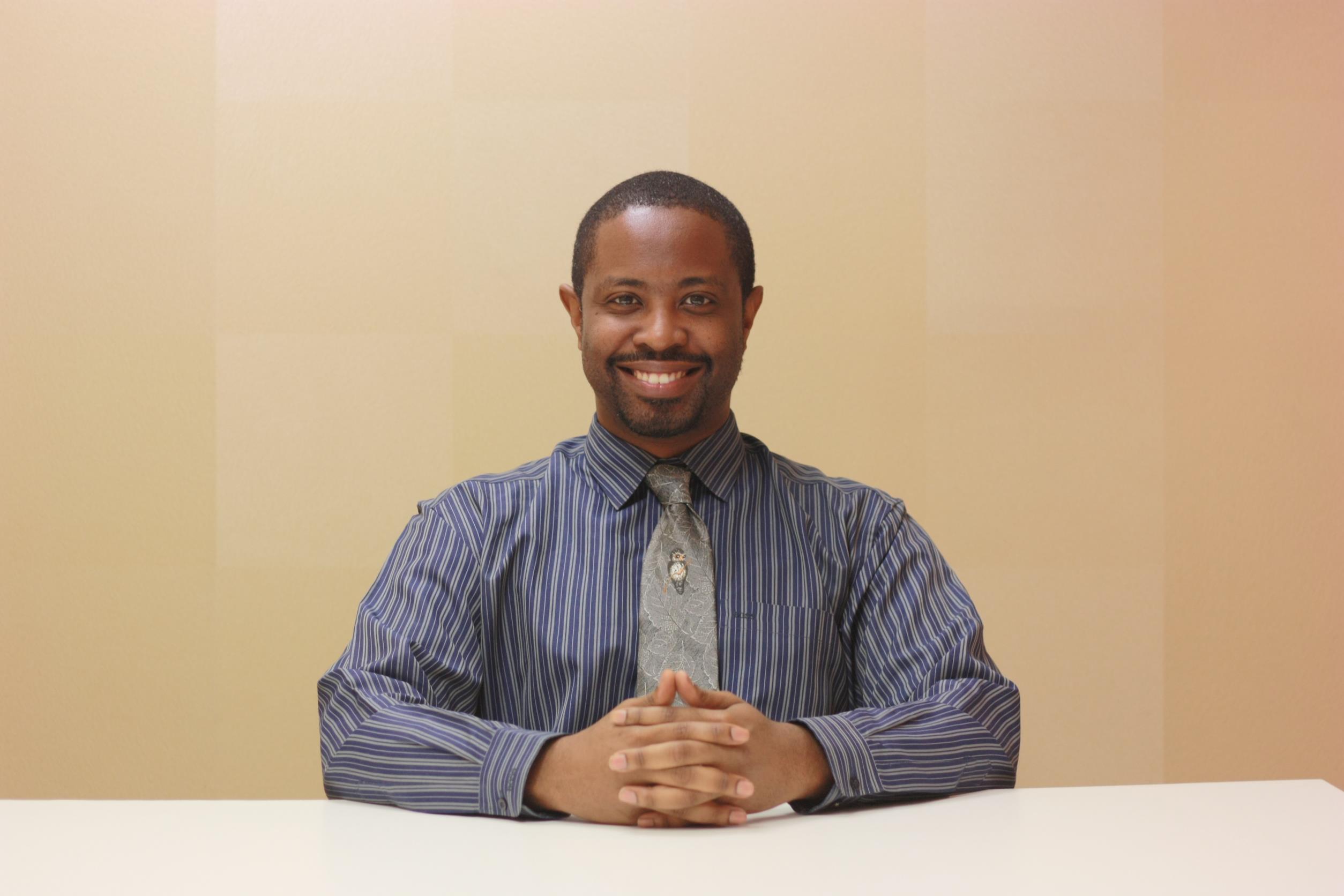